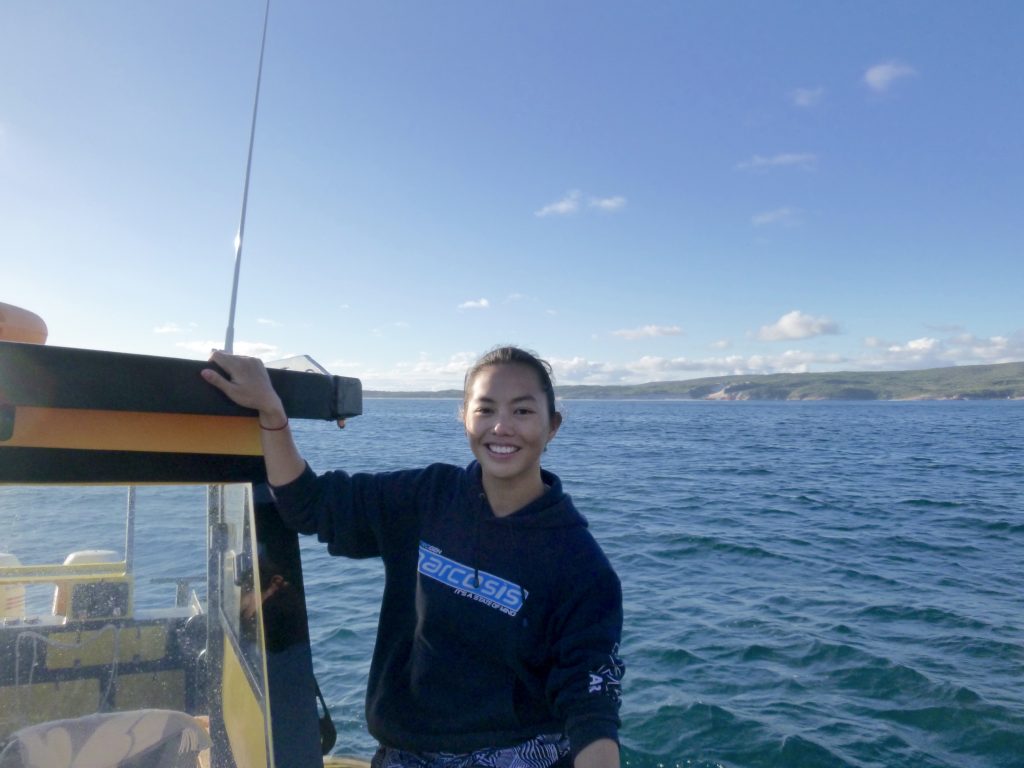 WICGE member Danielle Su shares her experience of ‘imposter syndrome’ and how Early Career Scientists can work together to build research capacity, in this case, for those working on the Indian Ocean.

On December 2015, I was at the National Institute of Oceanography in Goa, India at the first Early Career Scientist (ECS) Workshop for the 50th Anniversary for the International Indian Ocean Expedition and Symposium. “An Early Career Scientist workshop,” I wondered, “What’s an early career scientist and what was expected of us?”. It was the first conference of my PhD, I was suffering from a severe episode of imposter syndrome and had already tripped over my own feet twice while navigating the poster session.

The collective power of ECS

Thankfully, I discovered that same sentiment among many of my peers in the audience. Most of us in the audience were still doing our PhDs or were freshly minted PhDs/postdocs, surely nobody expected us to contribute our opinions at such an early stage in our careers? How wrong I was.

By the end of the workshop, we had self-organized into our various disciplines and decided to write a paper on communicating research recommendations to the scientific leadership for the newly launched Second International Indian Ocean Expedition – IIOE2 (2015-2020). Throughout the discussions, many of us realised that the path to better integrated ocean process studies required bridging disciplines and countries.

This workshop eventually led to two other publications [1,2], multiple Skype conference calls across the world and two more ECS workshops between 2016-2017. The initial motivation to promote priority research areas had evolved to become something more and towards establishing a collective identity for Indian Ocean research.

Today, the IO-ECSN seeks to develop capacity building amongst ECS working on the Indian Ocean and provide a platform to facilitate interdisciplinary collaborations internationally

But what makes us different from other capacity building initiatives? And what added value would this give to an ECS career?

For one, the IO-ECSN was founded by ECS to promote the research interests of ECS working in the Indian Ocean This means that the network will always be more attuned to the current challenges of ECS working in this region and we take it from a bottom-up approach on what works best for our ECS. Another unique aspect of this young network is that it is officially recognized as a key stakeholder group of the IIOE-2’s initiative for capacity building. As the IIOE-2 is endorsed by IOGOOS, SCOR and UNESCO-IOC, this gives IO-ECSN members access to a wider range of funding and networking opportunities across the international scientific community. This was best reflected at our recent workshop at the IUGG General Assembly in Cape Town, South Africa where IO-ECSN members benefited from a mentoring workshop by established scientists.

During the workshop, open discussions on diversity and gender equality were encouraged by the mentor scientists who also shared their personal experiences on life in academia and the importance of collaboration in staying ahead.

What can IO-ECSN do for you?

As the lead coordinator for the IO-ECSN, I get many emails asking me directly for a job and when I reply that I can’t give them a job, the disgruntled response would be what was the point for them to become members in the first place? Touché! Jobs are important.

Becoming involved with the IO-ECSN doesn’t guarantee you a job but what the network offers is the opportunity to participate in the first and only regional ECS network for the Indian Ocean, to gain insights across different facets of marine science and along the way, engage in new research projects (which may lead to a job).  In my case, it has introduced me to a wonderful community of scientists, some who would become lifelong friends.

You are only as good as your peers and when the community grows together, so does the science and opportunities.

Although the IO-ECSN is still in its early stages, it is well-positioned to become an organization to train future generations of marine scientists to shape research in the region. The legacy of the IIOE-2 will be determined by not just how much it advances our understanding of the Indian Ocean, but also for laying the groundwork for maintaining and establishing new capacity building programs and collaborations in the region.

The Indian Ocean is unique because it is the only ocean whose currents change seasonally with the reversing monsoonal winds. Perhaps these changing winds are also indicative of the changing times for the next generation of Indian Ocean marine scientists.

To future ECS who would like to find out more about the Second International Indian Ocean Expedition and become a part of our growing Indian Ocean research community, you can send Danielle an email at danielle.su@research.uwa.edu.au

Information about the author

Danielle Su is currently a PhD candidate with the Coastal Oceanography group at the University of Western Australia. Her research looks at the role of island wakes in promoting primary productivity in the Indian Ocean. She holds a Bachelor of Marine Science with Honours (Physical Sciences) from James Cook University. In addition to being the lead coordinator for the Indian Ocean Early Career Scientists Network, she is also a member of the Second International Indian Ocean Expedition Steering Committee, the Society of Underwater Technology’s Young Engineers and Scientists (YES!) executive committee as well as the Constitution Committee for the Scientific Committee on Oceanic Research (SCOR).